South Korean artist Choi Jeong-Hwa (°1961) was educated in Fine Arts and Design at Hong-ik University in Seoul. In 2006 he won the Korea Artist Prize from the National Museum of Modern and Contemporary Art Korea. He is considered one of the founders of the Korean pop art movement. The artist has participated in exhibitions and biennials worldwide such as the Arsenal Kiev (2012, Ukraine), the Gwangju Biennale (2006, 2010, South Korea), the tenth anniversary exhibition of the Leeum (2014, South Korea), the seventeenth Sydney (2010, Australia), CP Biennale (2005, Indonesia), Lyon Biennale (2003, France), Yokohama Triennial (2001, Japan), Your Bright Future exhibition at LACMA (2009, USA), Biennale of São Paulo (1998, Brazil), and the Taipei Biennale (1998, Taiwan). MMCA Seoul (South Korea) organised an important solo exhibition in 2019. Choi represented Korea at the 51st Venice Biennale in 2005 with the magical artwork White Lotus. 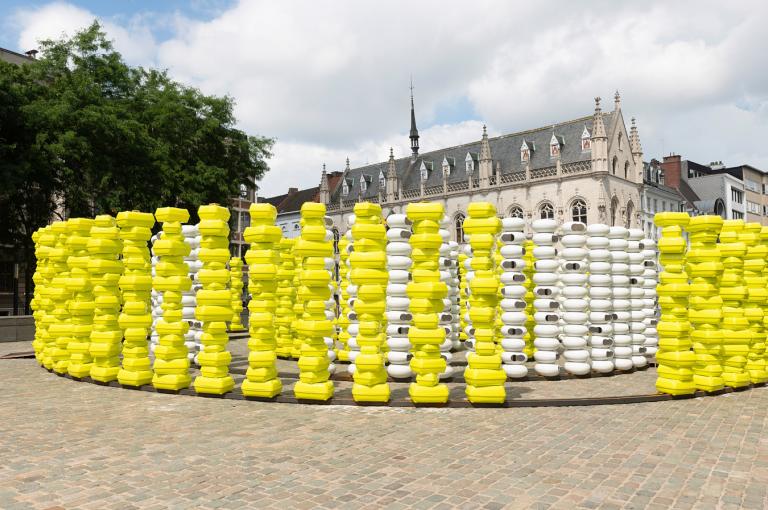