William Forsythe (°1949, New York) studied classical and modern dance at Jacksonville University and the Joffrey Ballet in Florida (United States). In 1976 he became a choreographer of the Stuttgarter Ballett (Germany). For seven years he created new ballets for the Stuttgarter Ballett and other companies around the world. In 1984 he started a twenty-year directorship of the Ballett Frankfurt (Germany), after which he founded the Forsythe Company in 2004, which he managed from 2005 to 2015. Forsythe recently created new productions for the Paris Opera Ballet, the English National Ballet, Boston Ballet and the internationally celebrated A Quiet Evening of Dance produced by Sadler's Wells Theater. He has received many awards including the title of Commandeur des Arts et Lettres (1999) from the French state, the German Distinguished Service Cross (1997), the Golden Lion of the Venice Biennale (2010), the Samuel H Scripps/American Dance Festival Award for Lifetime Achievement (2012), and Grand Prix de la SACD (2016). His installations and video work have been shown worldwide, including at the Whitney Biennial (1997), Festival d'Avignon (2005, 2011), the Venice Biennale (2005, 2009, 2012, 2014), and the 20th Biennale of Sydney and in museums such as the Louvre (2006), Pinakothek der Moderne Munich (2006), 21_21 Design Sight Tokyo (2007), Wexner Center for the Arts Columbus (2009), Tate Modern (2009), Hayward Gallery (2010), MoMA (2010) and MMK - Museum für Moderne Kunst Frankfurt (2015), ICA Boston (2011, 2018) SESC Pompéia São Paulo (2019), and Museum Folkwang (2019). Forsythe has also developed an important academic career, and gives guest lectures and workshops worldwide. He is an Honorary Fellow of the Laban Center for Movement and Dance in London (UK) and has an honorary doctorate from the Juilliard School New York (United States). He is currently a dance professor and artistic consultant at the Choreographic Institute of the University of Southern California, Glorya Kaufman School of Dance (United States). 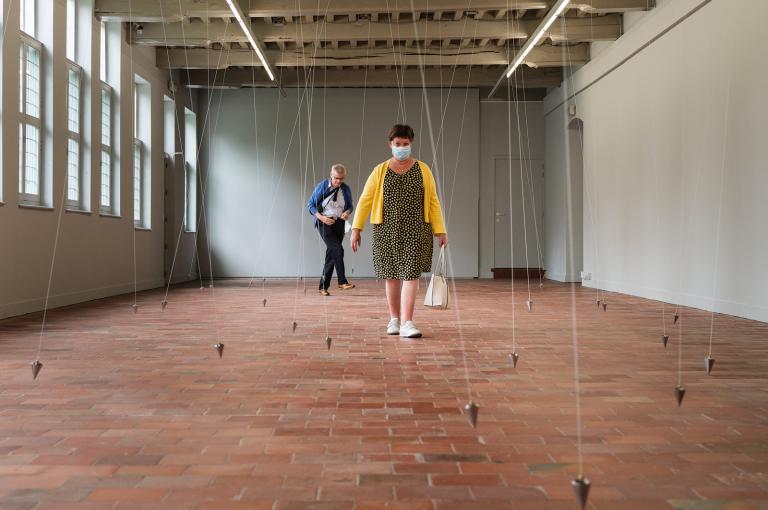 Nowhere and Everywhere at the Same Time No. 3