Designer duo Viktor Horsting (Geldrop, °1969, the Netherlands) and Rolf Snoeren (Drongen, °1969, the Netherlands) graduated together from the ArtEZ University of the Arts in Arnhem. After graduation, they left for Paris and founded the fashion house named after them in the 1990s. They are known for their theatrical fashion shows, and represent a mix of art and fashion, the classics and avant-garde. Their creations and installations have been shown in various museums and galleries, such as the Museum of Contemporary Art in Tokyo (Japan), Visionaire Gallery New York (United States), the Van Gogh Museum in Amsterdam (the Netherlands), the Museé de la Mode et du Textile in Paris (France), and the Barbican Art Centre in London (United Kingdom). Look 18 was purchased by private collector Han Nefkens, who donated the design to the Museum Boijmans van Beuningen in Rotterdam (the Netherlands), which by now has a collection of twenty-four pieces by Viktor&Rolf. 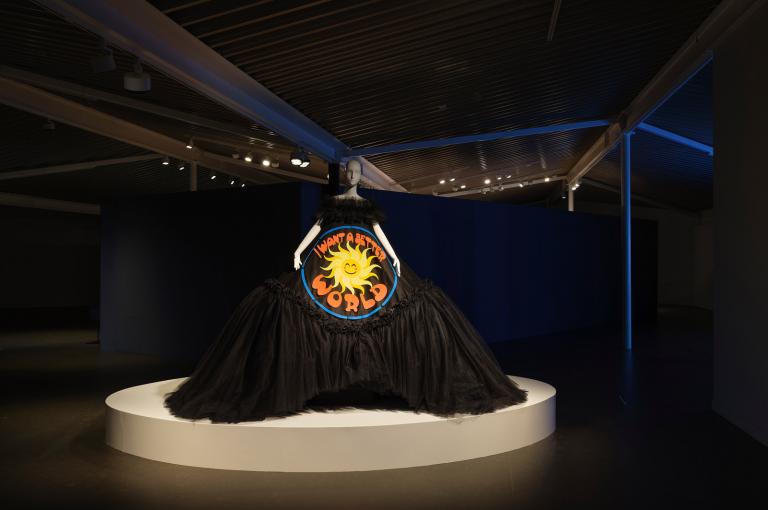