Klaas Rommelaere (°1986, Roeselare, Belgium) graduated in 2013 in fashion at the Royal Academy of Fine Arts in Ghent. He did an internship with Danish designer Henrik Vibskov, and Belgian designer Raf Simons, but realised that the world of fashion was not where his ideas would come to life. Rommelaere began to translate his ideas into visual work instead, while using the materials he knows best: needle, thread, wool, and yarn. 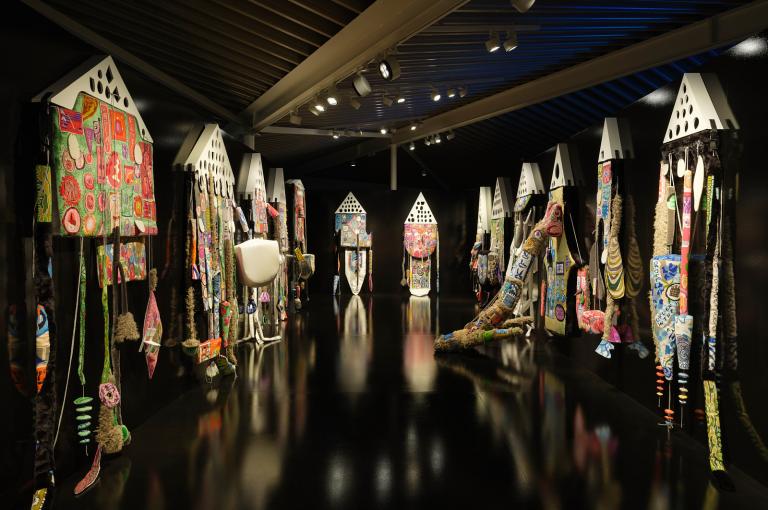