Albert Dubosq (1863-1940, Belgium) was one of the most important decorators in Western Europe. He learned his craft at four Parisian top studios, and painted set pieces for, among others, La Monnaie in Brussels and the Opéra Garnier in Paris. Between 1890 and 1923, he and his students, such as the well-known Joseph Denis, completed more than four hundred orders. Kortrijk is one of few cities to still have such a unique collection of theatre sets. Five of them from the Dubosq collection were listed in 2018 as Flemish top pieces. 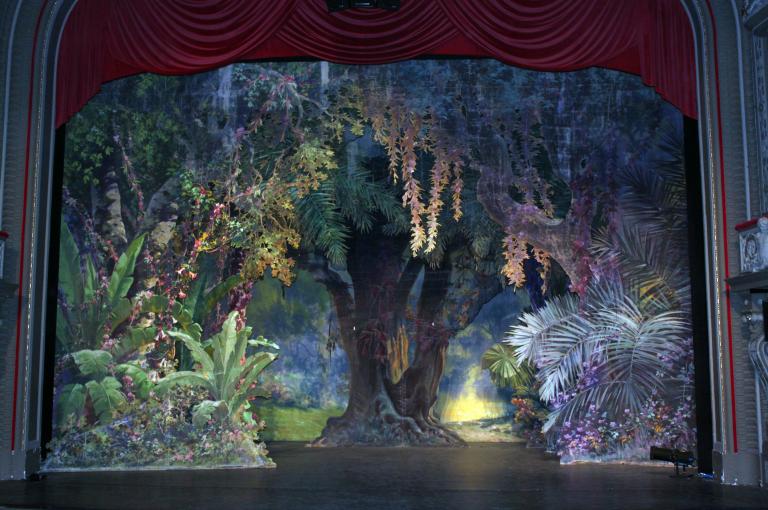