Lily van der Stokker (°1954, Den Bosch, the Netherlands) lives and works in Amsterdam and New York. She had her international breakthrough in the 1990s with exhibitions at, among others, Walker Art Center in Minneapolis (United States), and Center Pompidou in Paris (France). Recently there were solo exhibitions at Tate St. Ives (UK) in 2010, New Museum (United States) in 2013, The Hammer Museum Los Angeles (United States) in 2015, Stedelijk Amsterdam (the Netherlands) in 2018, and Migros Museum Zurich (Switzerland) in 2019. 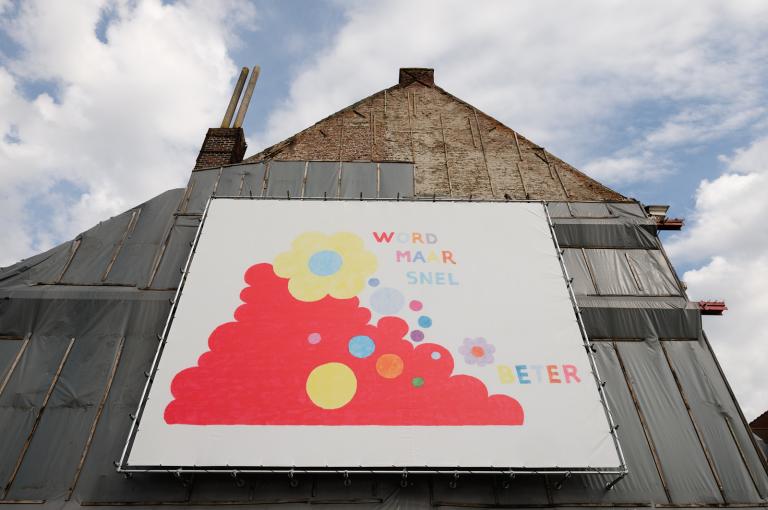