The South African artist Kendell Geers (°1968) lives and works in Brussels, and grew up in a South African working-class family at the height of Apartheid. Geers quickly became part of the resistance movement that campaigns against crimes against humanity. From his experience as a revolutionary, he developed a practice that sees ethics and aesthetics as two sides of the same coin, shining around the neck of history. His oeuvre questions the discourse of art history, undermines the language of power and ideological codes, crushes expectations, and transforms belief systems into aesthetic codes. At the 1993 Venice Biennale, he officially changed his date of birth to May 1968, a historically significant year for the liberation and equality of people worldwide. 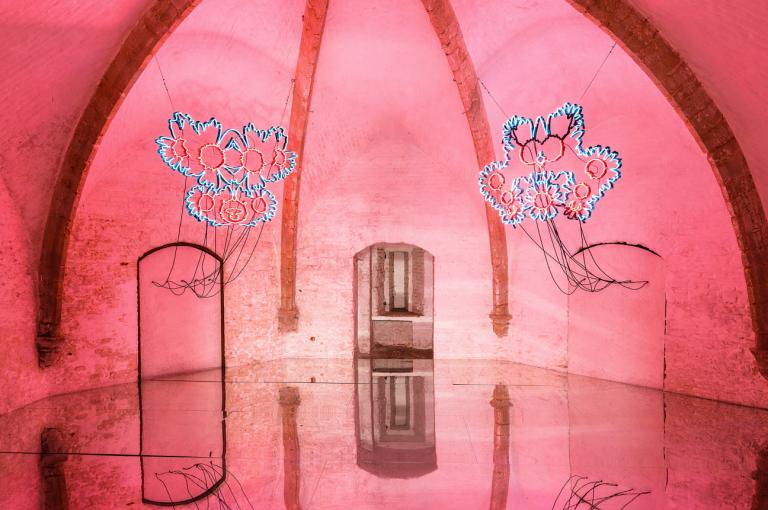 In Praise of Folly (Moriae Encomium)